Patch Manager Plus from ManageEngine

Patch Manager Plus from ManageEngine, is an all-around patching solution, offering automated patch deployment for Windows, macOS, and Linux endpoints, plus patching support for 650+ third-party updates across 350+ applications. It’s available both on-premises and on the cloud.

Patch Manager Plus  is the leading system for managing the patching of security patches.  This includes keeping a vulnerability database of security patches, scanning all machines in the network to detect missing patches, deploying the missing patches and also providing periodic updates on patch deployment status. Users can automatically test, package, stage, and deploy patches to thousands of systems in minutes, saving time and money over limited, manual processes.

Corporations across the globe could have prevented the huge impact of the WannaCry and NotPetya Ransomware attacks months before the virus was released had they patched their Windows Operating system with the security patches published by Microsoft – released months before the attacks. All but a small percentage of “zero-day” vulnerabilities (zero-day vulnerability is a software security flaw that is known to the software vendor but doesn’t have a patch in place to fix the flaw) – that is nearly 90% of vulnerabilities could be avoided by patching immediately the patches are made available by the manufacturer. 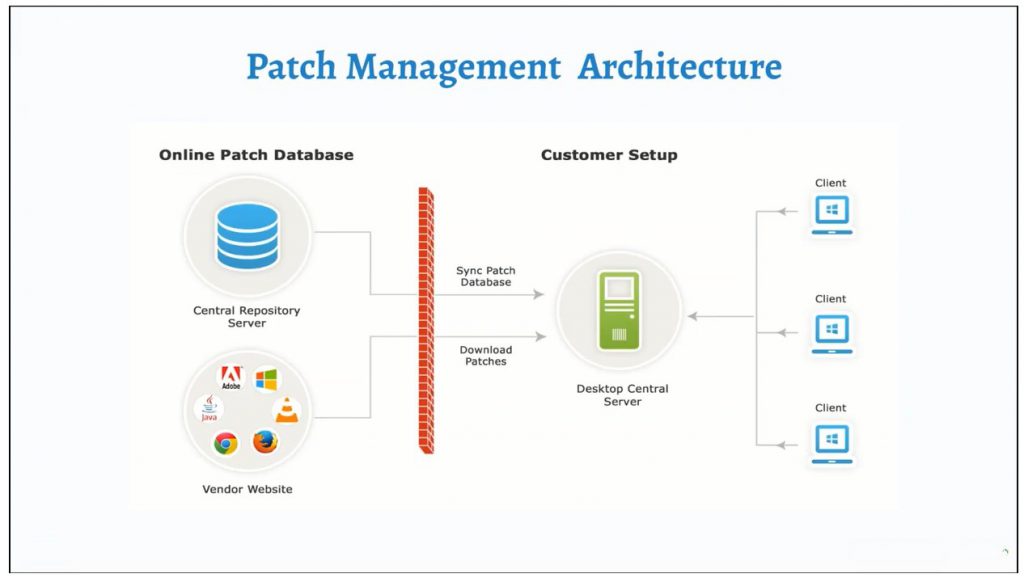